Dr. Steven Carr Reuben has been involved in the field of moral development and spiritual education for nearly forty years. 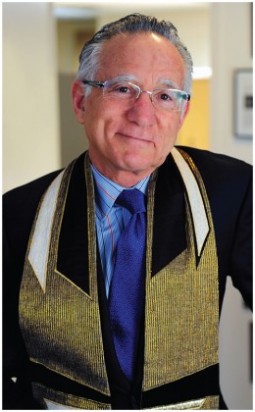 Dr. Reuben was a founding editor of Compass Magazine for teachers, a recognized expert on moral education who has appeared on countless television and radio talk shows and travels the country lecturing on character education and how to successfully meet the challenges of interfaith relation.

Rabbi Reuben has served on numerous non-profit boards, including Chrysalis, I Have a Dream Foundation, Global Children’s Foundation, People Assisting the Homeless, was appointed by Governor Jerry Brown of California to The Governor’s Task Force on Youth and served on the Board of Governors of the Reconstructionist Rabbinical College.

He is the recipient of numerous community awards, including the Micah Award for founding the largest full-service homeless shelter in Los Angeles, and the Unsung Heroes Award from the Youth Law Center. He has contributed to a wide variety of publications as an author and composer, has written parenting education columns for L.A.Family Magazine, and has written for, been written about and quoted in periodicals throughout the country including USA Today, Los Angeles Times, New York Post, New York Newsday, The Chicago Sun Times, McCalls, Philadelphia Daily News, Bride’s Magazine, and People Magazine.

He currently serves as Rabbi Emeritus of Kehillat Israel Reconstructionist Congregation in Pacific Palisades, California and is past president of the Board of Rabbis of Southern California. He is married to Didi Carr Reuben and is stepfather to Gable.